Claims chasing: the beginning of the end? There can’t be many industries that have been as badly impacted by claims chasing as financial services.

The total cost of PPI mis-selling is reckoned to be £53 billion in the UK. To put it into perspective – that’s £900 for every man, woman and child in the country. The hit to the sector has helped suffocate bank profits for most of the past decade and the threat of compensation claims has loomed large on the horizon for every lender and intermediary.

When a moratorium on PPI claims was introduced at the end of August 2019, the industry briefly breathed a sigh of relief, only for that relief to evaporate when it became apparent that the claims industry had no intention of going away quietly. New areas of mis-selling such as subscription current accounts, short term credit, and point-of-sale finance were to be mined to provide new streams of income.

Cleverly, many of the 1,500 firms that had grown fat on the claims business had ensured their clients included details of other financial products they had bought when they filled out their applications for PPI compensation.

Although changes to the law have slightly restricted the scope for such claims, still the Ombudsman regime remains there as a sort of ‘heads you win, tails they lose’ for claimants. Investigated companies have had to pay a fixed admin fee irrespective of whether the claimant wins or loses. The result being that there is every incentive to pursue a dubious claim and firms are pushed to settle before referral to the Ombudsman.

Anyone could be forgiven for thinking that claims chasers are destined to permanently hang around financial services. An albatross that is impossible for the industry to shake off.

Well, thankfully, I think such pessimism is wrong. I believe we are witnessing the beginning of the end of claims chasing.

For the first time ever, the back office systems that lenders have been introducing are going to make it much, much, more difficult to get a claim to stick.

We all know how assisted decisioning APIs - the Open Banking-based platforms that automate much of a lender’s underwriting process - have improved the application process. There can’t be many who are still unaware of how they ensure rapid, optimal outcomes for both the lender and the borrower. Platforms such as LendingMetrics’ Auto Decision Platform (ADP) have been quietly working in the background for some years now, generating the right decisions from both the consumer and credit risk perspective.

There will not be as many, however, who are aware that the technology has a welcome extra benefit. It means lenders no longer have to rely on patchy due diligence documentation - often amounting only to a disparate mix of paper proofs - when trying to defend mis-selling claims.

They now have a robust decision-making process, not susceptible to human error, that generates a digital audit trail able to stand up to the most intense scrutiny. All of the data elements that go towards making every decision are stored and an audit is kept of how they are used.

The lender has a lending policy that is signed off by their compliance team and it is diligently enforced by technology. Compare this to the past where its implementation was to some extent based upon the subjective interpretation of the underwriters. The decision making is 100% consistent and backed-up by a digital footprint.

Going forward, if a mis-selling claim is made, a lender has a watertight justification for its decision to present to a regulator.

Furthermore, claims chasing companies have a known ruthlessness for targeting those lenders that they think have weaker systems. Utilising assisted underwriting technology is going to act like installing a burglar alarm on a house. Why target that house when next door is alarm free?

Predictably, we are going to see chasers going for those lenders who are deemed to be the most susceptible. Those who are wedded to their analogue underwriting regime.

But for those with the assisted decisioning in place, they now have what could even be seen as a silver bullet. There will still be the historic cases made under their old-style decisioning that remain more vulnerable to claims, but that number will dwindle over time.

Going forward, they can at last allow themselves the thought that the clouds of claims chasing are finally parting. 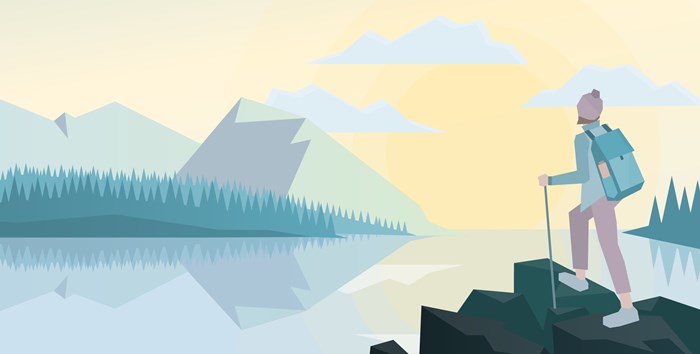